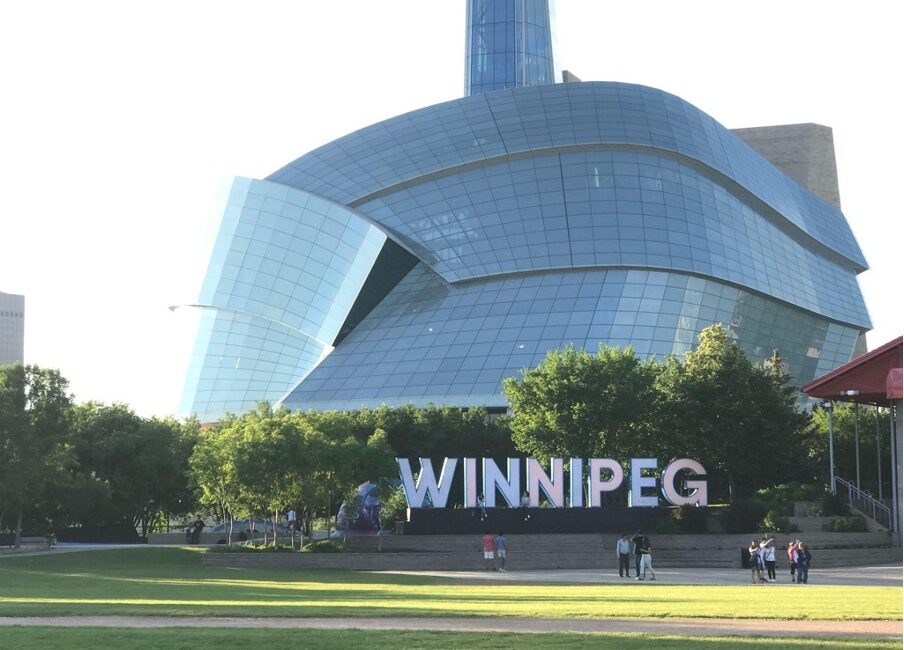 It’s my first time in Winnipeg, and it won’t be my last. ChannelNEXT collaborated with the Transistor Van Tour to put on a joint exhibition for the local channel community.

Take a look at the video interviews I did with some of the exhibitors below.

The Royal Aviation Museum served as a spectacular background for the occasion. There is some fascinating history to be discovered (check out the pics).

Did you know Air Canada was founded in Winnipeg? Did you know that Winnipeg residents consume the most “slurpees” in the country? As a gateway for trains traveling from coast to coast, you can continuously see and hear them. If you visit Winnipeg, you must go to The Forks (my personal favourite).

I learned a lot about Winnipeg, including the fact that it is Canada’s longitudinal centre (96°48’35″W). I even saw a wolf prancing along the shoulder of the road.

Bringing the event to smaller markets throughout Canada was a great idea, particularly since most people prefer to travel less these days. Some guests came from even smaller towns nearby. The exhibitors were warmly greeted and encouraged to form new collaborations. Going to meet the partners where they reside is extremely significant in developing a business relationship. We are presently investigating ways to expand our events throughout the nation.

In addition, two great organisations were being recognised at the event, which may be worthy of your contributions.

The Terry Fox foundation was promoted as part of the Transistor Van Tour to benefit cancer research and Alzheimer’s research is being promoted by Julian Galley from Compugen, who is collecting donations by cycling from Calgary to Toronto (check out my video interview with him). The majority of his voyage has been on level ground, but he now faces some very hilly routes ahead. Winnipeg was the crossing point of these two journeys: van (East to West) and bicycle (West to East).  We wish the best of luck to both and will continue to follow them as they travel across the nation.

It was wonderful to meet some of our channel friends in their hometown. Some I hadn’t seen in at least a couple of years. Thank you for taking the time to visit with us, and we hope you discovered some excellent business opportunities as well!

Wondering how ChannelNEXT came together with The Van Tour? When I spoke to Noah Jacobs about his plans back in 2021, we liked the idea a lot and decided to support it by being an active news media partner. We were also looking for a point in the journey where we could physically come together. Winnipeg was that point as it was also open to all channel partners to attend plus the venue was awesome. For on-going coverage on the Van Tour, keep watching www.e-channelnews.com.